People have been using crystals, gems, stones, and pendulums to assist their manifestation and meditation practice for hundreds and perhaps thousands of years.

From amulets that were believed to bring bravery to soldiers to small gemstones used by performers to combat anxiety, crystals and stones are highly valued and can have many fascinating uses. Today, we use stones and crystals for everything from protecting us from negative energy to crystal healing.

Why are crystals so popular?

Crystals have living energy and can be powerful tools for bringing about luck, prosperity and loving relationships. Each crystal carries its own unique vibration and personality and can help to bring about your different desired outcome. Good luck crystals emit strong and steady electromagnetic vibrations that fall into sync with the Earth’s healing energy. So when you meditate with your crystal and channel positive intentions, it can enhance those thoughts and increase your good fortune.

It’s also worth noting that, while many people use crystals to influence the events in their lives, mindset is hugely influential. By focusing on the negative, such as what you lack, you may inadvertently be manifesting this negativity. That is why it’s important to enter your meditation with a positive and open mindset.

Here are 14 crystals that can help you to manifest good luck, prosperity and positivity in your everyday life:

14 Crystals and Stones for Luck, Prosperity, Positivity, and Good Fortune

This relatively rare gem is also known as the lucky merchant’s stone and is connected to both the solar plexus chakra and crown chakra. Citrine is known as a powerful manifestation stone, particularly when it is used to bring about success in a business setting.

Citrine can help to bring you financial success, but it also encourages you to spend wisely and be generous with your money. It is also believed that, when paired with Clear Crystal, Citrine is a particularly strong luck booster. Another good thing about Citrine is that it does not absorb negative energy. Instead, it transmutes it, so it does not need to be cleansed as your Amethyst or Jade stones will.

Green Aventurine is believed to be one of the luckiest stones. It is also referred to as the stone of opportunity and is often used to boost our chances of success when the outcome is out of our hands. For this reason, Green Aventurine is a popular gambling stone. It’s often used in money spells and is a great stone to have on hand when you’re looking to bring more financial abundance into your life.

This stone is one of the most popular stones for manifesting love. It is connected to the heart chakra, and when used in meditation, it can help us to open ourselves up to love in all its forms, whether that’s romantic, familial, platonic or self-love. Rose Quartz can help to bring us towards new loving relationships, and it can also be used to amplify existing ones. When using this crystal, it’s important to ensure that you set your intentions on meeting good people who will love and care for you in a healthy way.

With iridescent blues, greens and a black base, this crystal has a high vibration as well as an eye-catching appearance. Labradorite is associated with synchronicity and is often used by people who feel stuck in life. This stone is helpful in bringing clarity to confusing situations and can help us to see things as they really are. When used for spiritual purposes, this crystal is believed to ground spiritual energies and raise our higher consciousness.

If you need luck when it comes to endurance and resilience, Bloodstone is the one for you. This stunning crystal is believed to be a talisman of strength and was often used by Greek gladiators who were preparing to enter a battle. As for us non-gladiators, it can be an excellent way to help us face our own emotions and weaknesses with a view to becoming more emotionally resilient.

This gem amplifies focus and vibratory energy. It connects with the heart, crown, root, solar plexus, sacral, throat, third eye and crown chakra, which makes it a very physical crystal. It is said to transmute negative energy and turn it into positivity: a trait that can be lucky in times of adversity.

Peridot is one of just two gems (the other is the Diamond) that is not formed in the Earth’s crust. Rather, Peridot is formed in magma from the Earth’s upper mantle and is brought towards the surface by volcanic activity. Just like the Rose Quartz, this bright green crystal is connected to the heart chakra and is used in meditation to promote financial wealth and stability.

Although it isn’t as well known as the other crystals on this list, Amazonite can be extremely lucky when it comes to making our dreams come true. It is often described as the lucky hope stone because it is so often used by those who wish to achieve specific goals and dreams. This gem can be used to bring clarity into a situation in which our dreams may be skewed, or our purpose may be unclear. Carrying an Amazonite amulet or pendulum can also bring about comfort and peace when entering a new job or relationship.

This striking orange gem is known as one of the luckiest stones. Used by world leaders, performers and salespeople alike, Carnelian is said to promote success, productivity and prosperity. Carnelian is also great for those who wish to deepen their connection to the spiritual world, as it helps to bring clarity when it comes to their sense of self and the world around them. Some avid crystal users are so in favour of the Carnelian stone that they claim it has physical healing powers as well as emotional healing powers. It is said to have helped people overcome impotence, rheumatism, arthritis, depression and menstrual problems.

The word Garnet comes from the Latin word ‘granatum,’ meaning pomegranate. This reference to its bright red color notes its beauty as well as its ability to offer health and vitality. A cluttered energy flow and a closed-off mindset is not a welcoming environment for prosperity. Instead of struggling to find inspiration and good fortune, use a Garnet stone to welcome prosperous energy into your life. Garnet is said to bring about a specific kind of luck; it shifts stagnant energy away from you and reignites the passion and joie-de-vivre you once had.

This unusually-named crystal displays a breath-taking selection of colors and hues. “Emerald by day, ruby by night” is often the phrase used to describe this gorgeous stone. Named after Russia’s Czar Alexander II and discovered in Russia in the 1830s, this unusual stone soon became a symbol of opulence and wealth, until the 1980s when it was discovered elsewhere, in Brazil. When placed in the south sector of your home, Alexandrite is believed to attract luck in a professional and creative setting.

While Amethyst is often known as a stone for inner healing and spiritual connection, Amethyst can also turn the tide of bad luck because it can also absorb negative energy. Depending on where the Amethyst is placed in the home, the type of luck may change. Many believe that placing an Amethyst stone in the northeast (or Earth element) sector of the home can increase their scholastic ability. Some believe that their health luck can improve if they place an Amethyst stone in the eastern part of their home.

While Clear Quartz isn’t as popular as Rose Quartz, it can be a wonderful way to boost one’s powerful properties. As an Earth element, Clear Quartz should not be placed in the northern part of the home. It is believed that Clear Quartz can be used to help you achieve specific tasks. In order to program a crystal, you should hold it while meditating on your intention or chanting a mantra. Once you’ve  programmed your gem to assist you in your journey, you’ll want to wear or carry it around with you. You can also place your crystal in the appropriate part of your home so that it matches your intent, for example, southeast (financial luck) or southwest (love and relationship luck).

Another green crystal that is known as a lucky gem, Green Jade is often associated with money luck. Many people do not know that Jade crystals come in a variety of colors, but in its green form, Jade is considered the luckiest. Throughout history, Jade has been revered in China and often comes in the form of sacred objects and chi boosters. This stone is believed to amplify money and abundance, but it’s worth remembering that there are a lot of fake Jade objects in the market, so be sure to check if your crystals are real before you purchase them. 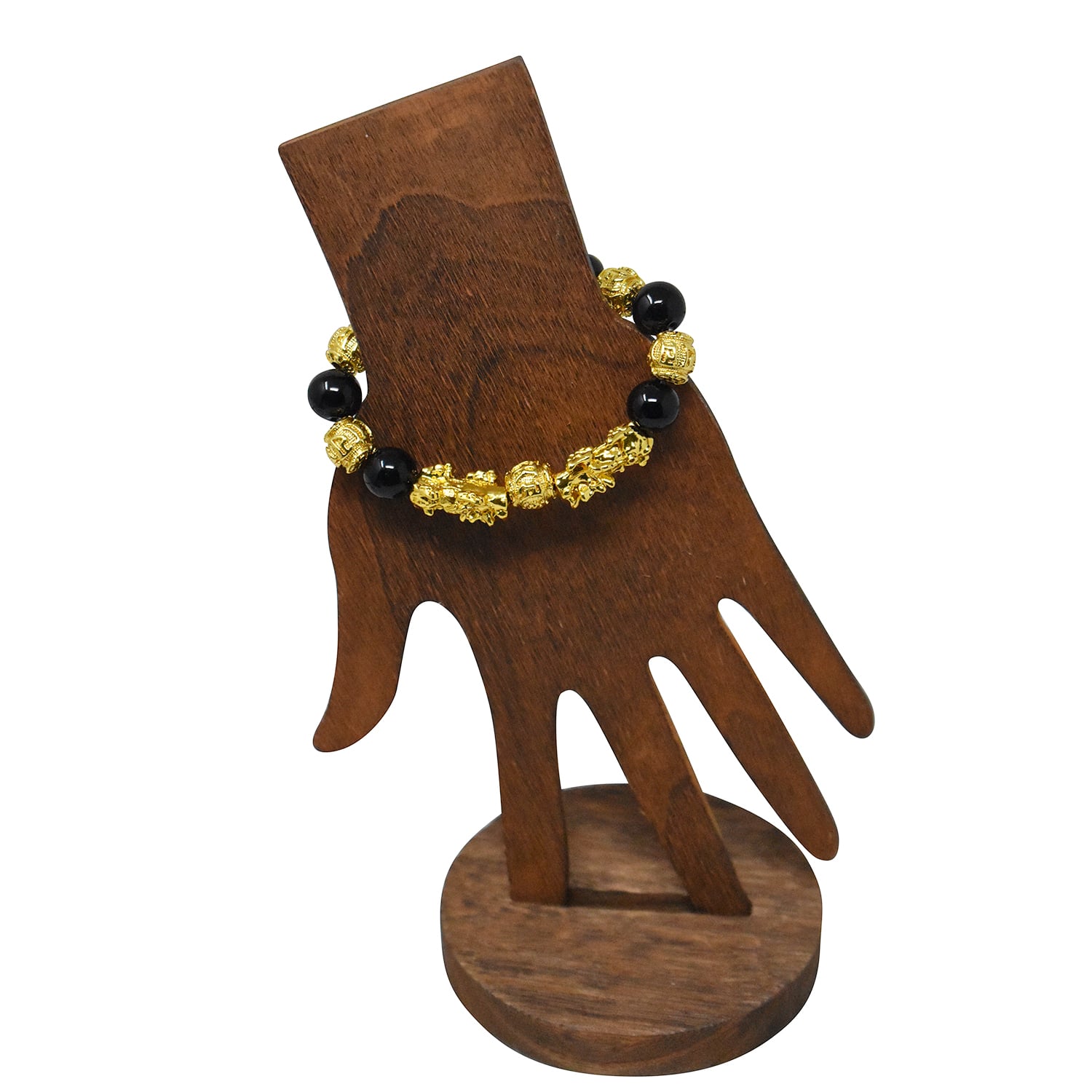 Crystals can be a wonderful way of grounding yourself, getting in touch with your spiritual side and encouraging lucky energy to flow your way. Whether you choose to wear any of these stones for luck on a necklace or ring, or carry a gem around with you in the form of a pendulum or raw stone, they can bring about great clarity.

Crystals hold powerful energy and should be used with respect, caution and a genuine desire to manifest luck, happiness and success. When used alongside regular meditation and a focused mindset, crystals can be hugely effective in making your own luck.